Bio
Of An Independent
Writer-Producer-Director-Performer 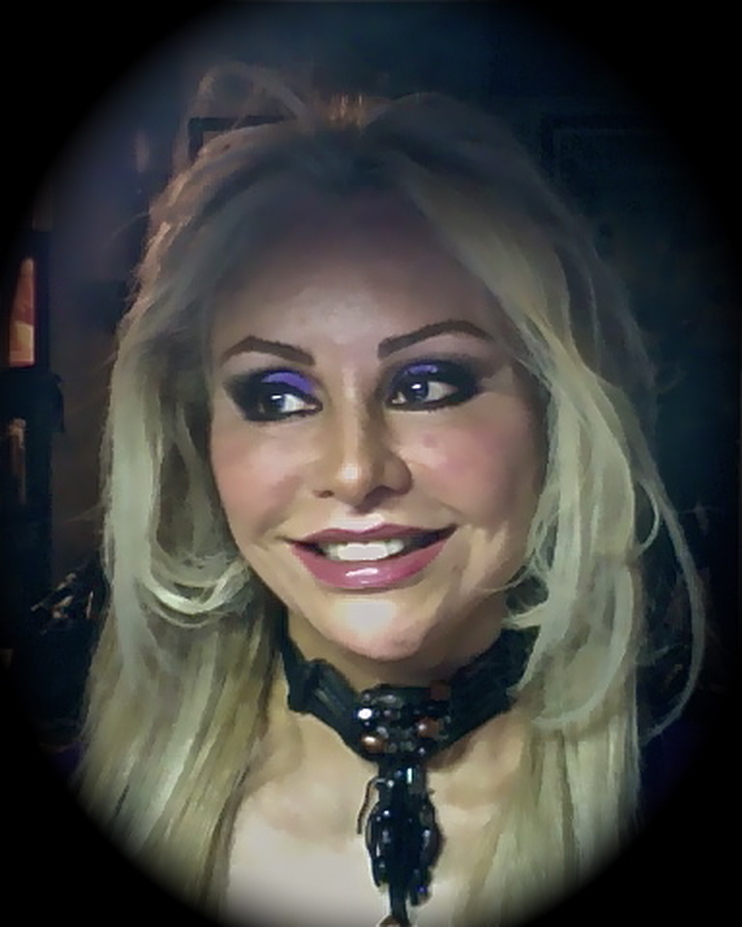 "My Tribute To Life_To Love_To You"
"Mon Tribute A La Vie_A L'Amour_A Vous"
"Mi Tributo A La Vida_Al Amor_A Ustedes"
﻿
I am currently creating a new 'One Woman Musical Play' for 2014-2015 in Two acts,
with the story line in three different versions for three different audiences, English, French and Spanish,                          where I'll be singing 24 beautiful musical numbers, originally interpreted by the one
and only Barbra Streisand.
***

I have written, produced, directed and performed in:

The following two, two act-One Woman Musicals are of 1 hour 40 minutes each,
plus a 15 to 20 minute intermission.

An Evening... can also be performed as a one woman show, or with 2  to
6 male actors/singers/dancers.
1)  "An Evening With Marilyn * The Musical * Her Intimate Self Portrait"
and
2)  "Nostalgie"-Growing Up With The Movies-Variety Musical"
This show based on my life, is a "One Woman Variety Musical Tribute" to my parents, my siblings, the values and the music they taught me to love, from broadway and classical to international music, jazz, movie musicals, and opera.

Please note  that:  Besides the original long two act versions of "An Evening..." and  "Nostalgie" musicals, they are alo available  for performances  as  two different and independent shows of 60 minutes each as stated below:
3)  "Marilyn and Her Early Years * The Musical * Her Intimate Self  Port..."
or
4)  "Marilyn and The Men in Her Life * The Musical * Her Intimate Self..."
***
5)   "Nostalgie-Growing up With The Movies"_Variety Musical-Part I
or
6)    "Nostalgie-Growing up With The Movies"_Variety Musical-Part II
***
7)    "International Musical Watercolors"
Is a musical show with songs from broadway and classical american as well as world standards in several languages, as a tribute to diverse cultures and their music, such as: american, brazilian, french, german, italian japanese,, spanish and yiddish.
***
8)   "Sentimental Journey-A Visit With Great Ladies of Song"
A Show performing the songs made classic by:   Ella Fitzgerald, Barbra Streisand, Sara Vaughn, Billy Holiday and Doris Day.
***
I have also created and written the book for two musical shows in French, with all the songs in English:
9)   "Une Soiree Avec Marilyn * Le Musical * Son Intime Autoportrait"
'Un Autoportrait Règle le 28' Juillet 1962'
and
10)   "Marilyn et Son Plombier, Qui se Prendre Pour Sinatra"
With the songs in English and French.

I can write and perform any of my work in english, french, italian and spanish.
I can also sing in eight languages...and learning new ways to express myself.
***
11)    "La Negrita"-"The Miracle of Our Lady of Los Angeles"_'A Light in The Forest'
Feature Film in 35mm:

Ms. Roxanna Bonilla-Giannini, wrote, produced the feature film as well as, played the role of  "Juana Pereira" with Mr, Rafael Banquells, who played her "Abuelo Julian" as the leading characters in her 35mm full length feature film production of “La Negrita-The Miracle of Our Lady of Los Angeles" 'A Light in The Forest', in the spirit of family, love, brotherhood and equality amongst all men and women, as represented by Juana Pereira, a young woman, of humble origins and mixed blood, who lived in the rain forest, just outside of Cartago in the year of 1635.

Roxanna besides being the line producer and production manager, wrote the contracts for the crew and talent, wrote and sung the spanish lyrics for Costa Rica the title song, and performed Schubert's "Ave Maria", backed by virtuoso spanish guitarist Mr. Leonardo Navarro de Avila at the end of the film, as  the final tribute and expression of gratitude to "Our Lady"  for her help in having been able to finish successfully the difficult location shoot.

"La Negrita" was written by Roxanna in Spanish and shot also in Spanish, except for the prologue. The film is presently available in Spanish as originally shot, and also with English subtitles.
***
Besides "La Negrita"  script in Spanish, I have also written two additional feature film scripts in English:
“The Bitter Earth”, a saga spanning WWII to the late 1960’s, which unfolds in the Salinas Valley in Northern California, and..
“Vatostein”, an ensemble, multicultural musical youth comedy, which takes place in present day Los Angeles, New York, Miami or similar multiethnic metropolis
****
Roxanna co-produced her first CD in Spanish and French "Consigueme" with Mr. Rafael Ferro, who for over 38 years has played a major part in Julio Iglesias’s career as /musical director/ arranger/ composer and friend.  I have also written original parody lyrics for some of the songs in my live shows as well as co-written original lyrics in English, Italian and Spanish.