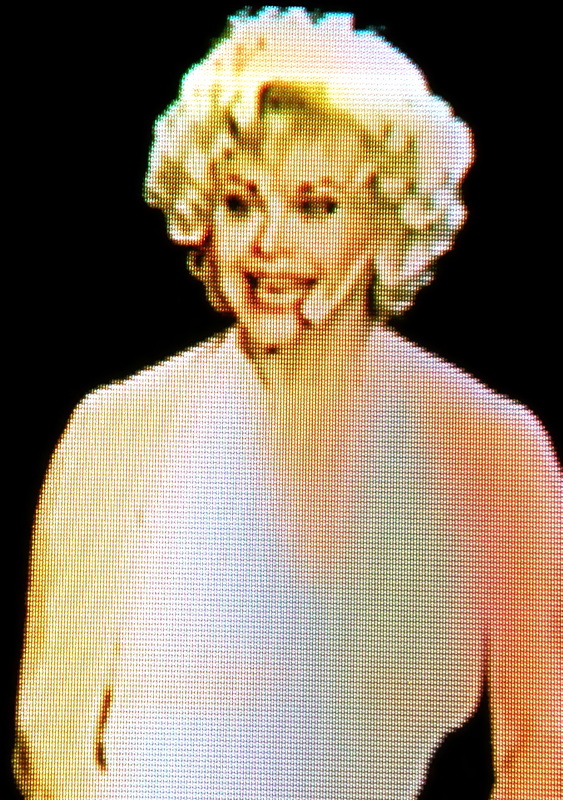 I found 'the real 'Marilyn' to be a very talented woman, a winner, and a true and valiant warrior of 'Life' itself.  Throughout her brief, but memorable 'visit' to this world, she went in hard pursuit of her dreams', while making sure from day to day, to improve herself mentally and physically.  In spite of 'being a female' at a time, when it was specially difficult  for women surviving by, and for themselves', 'Marilyn' prevailed by accomplishing the difficult task of climbing the ladder of success, and fulfilling 'her purpose in life'.

Therefore, as an 'independent writer-producer-director-performer', I have decided once more to conceive, a new and unique LIVE musical.  This time I created a show to give 'Marilyn' 'a voice' and a 'window' into 'today's world audience', allowing her at last an overdue and well deserved opportunity to dissipate the 'destructive, negative and embellished 'half truths' said about her.
On "An Evening...".
We find a witty, intelligent woman who finally sets the record straight on being orphaned, her yearning for motherhood, the Kennedys, and her unending quest for recognition as a dedicated actress.
Discover the Woman Behind the Image, Behind the Myth
This show is for 'Marilyn Monroe', 'a living legend', who unfortunately has also been for generations, and continues still today iat the end of 2012, to be an 'easy target' for 'dubious assumptions', 'envious and jealous gossip', sometimes clearly for 'the exclusive personal profit' of some individuals, who neither try nor are willing to truly investigate 'Marilyn's' real story.  'Individuals', who continuously and without a shadow of a doubt, 'accept, repeat, re-build' and pass on these 'unvalidated half truths' as legitimate, solid and trustworthy events, 'as the whole truth, and nothing but the truth'.

Even convicted criminals have a chance to be listened to 'their side' of the 'events'.  Why not 'Marilyn'?  We all deserve and want an opportunity to be at least heard, before being judged.  Do you think she deserves a chance too?  Do you want her, as a person or as a woman who has no one to speak on her behalf, whose work continues to be present in our lives, entertaining us with the wonder of her beauty, femininity, and vulnerability, to also have 'her day' in the world's court?  Don't you want at least 'Marilyn's memory to be respected and enjoy the same rights we expect and demand for ourselves?
Perhaps we can all help to improve little by little her image as a woman, as a timeless entertainer, and likely even 'her story' for generations to come.  What do you think?  Is it fair?... Is it valid?
A Live One Woman Musical Show In Two Acts-Set on July 28th 1962